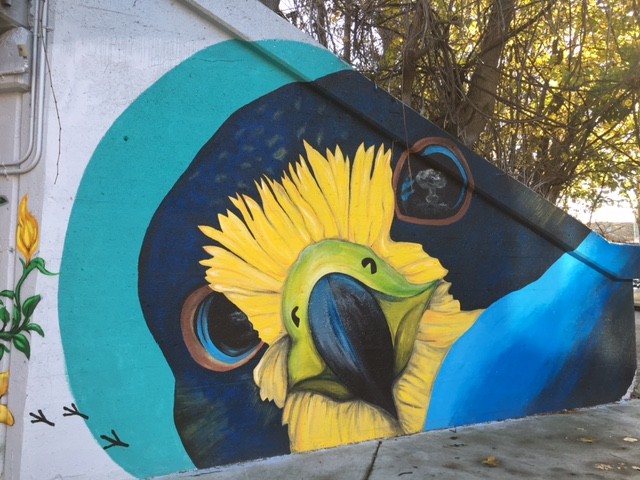 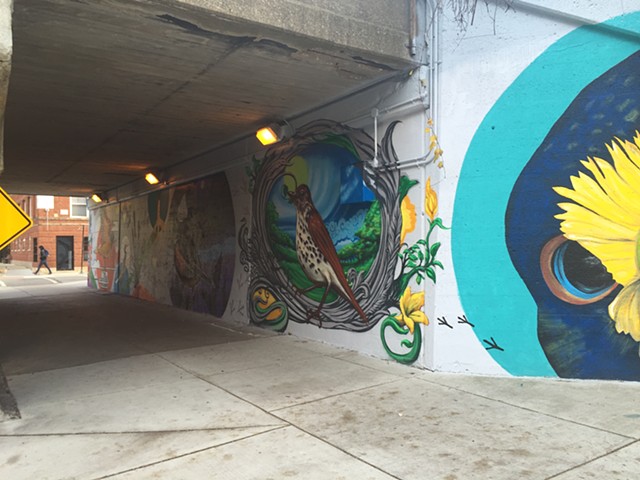 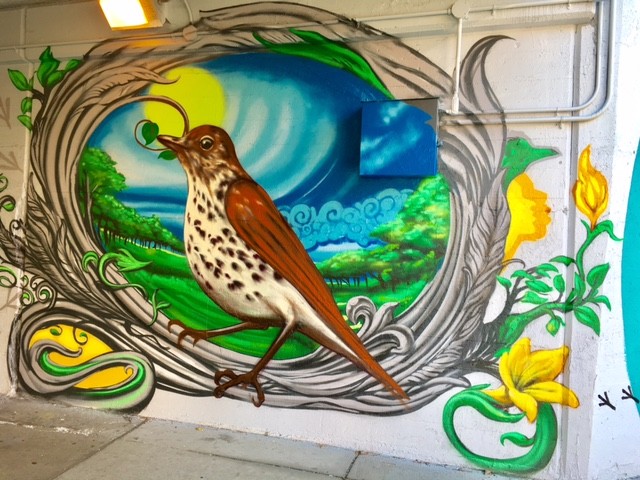 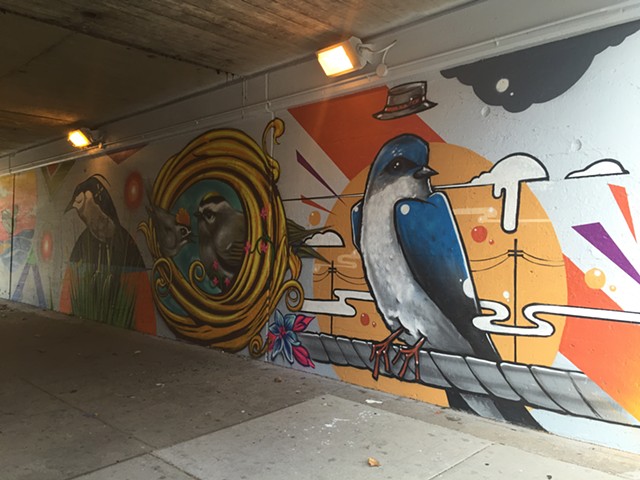 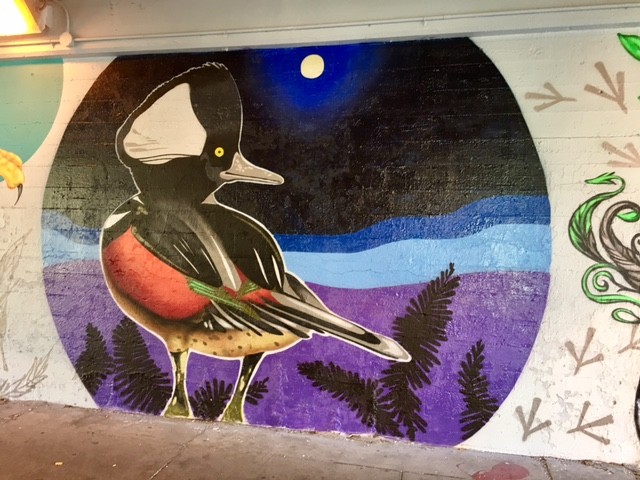 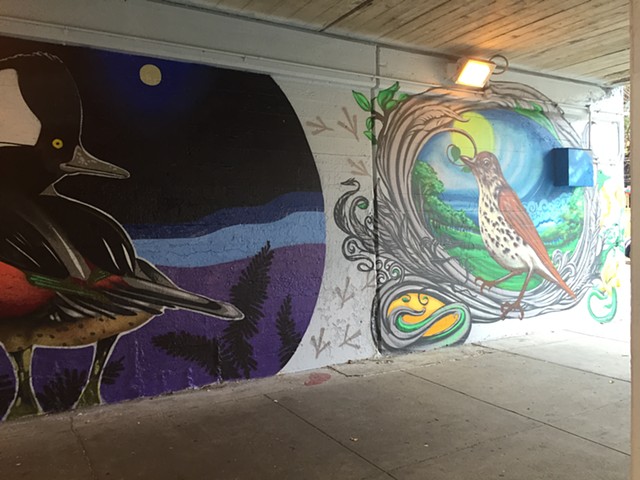 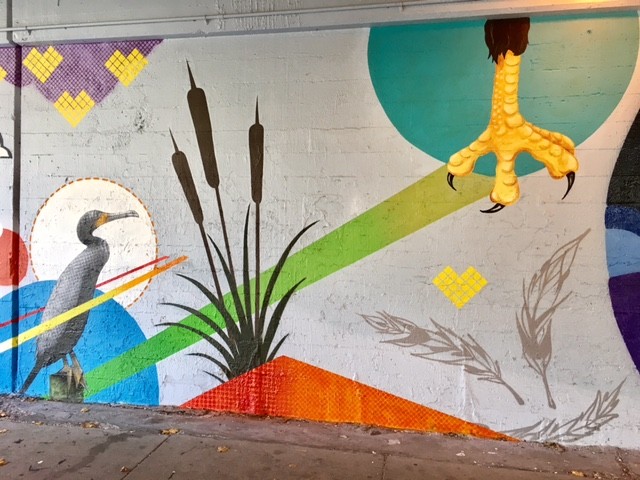 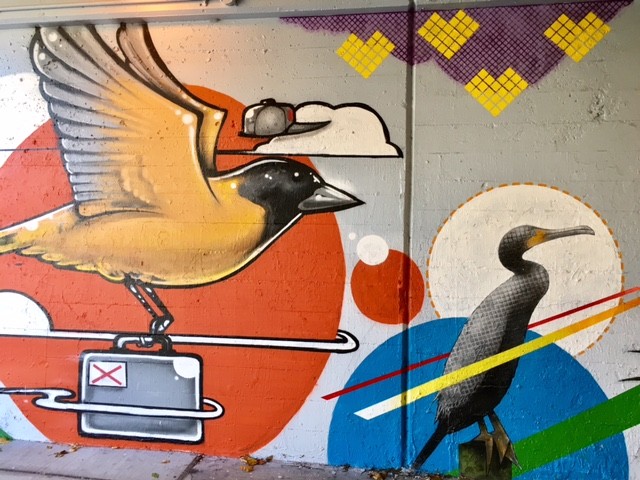 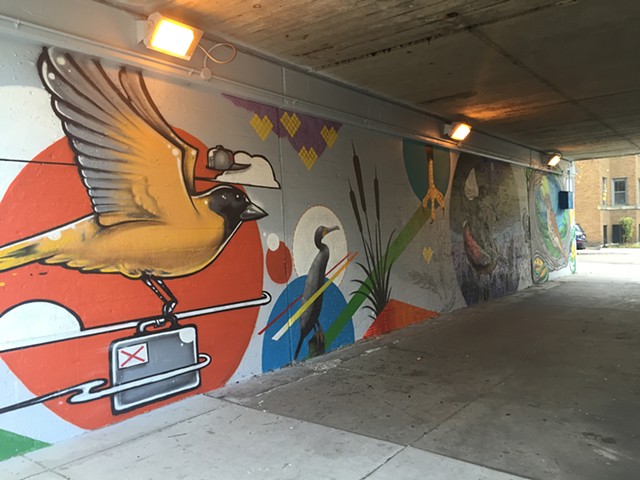 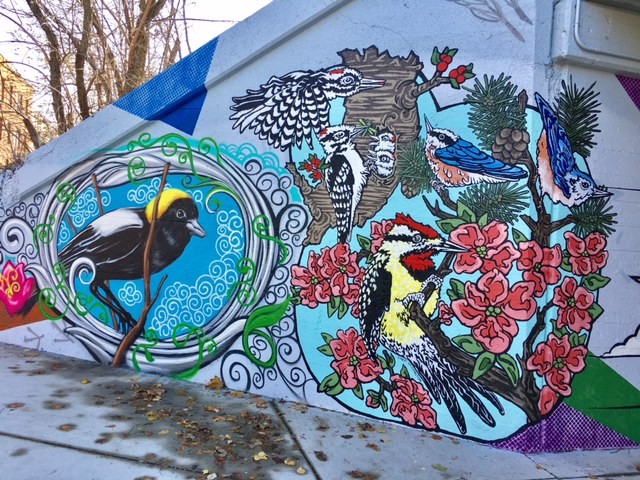 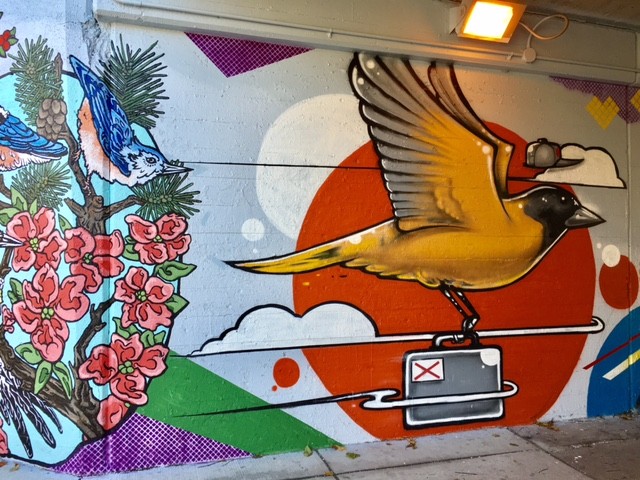 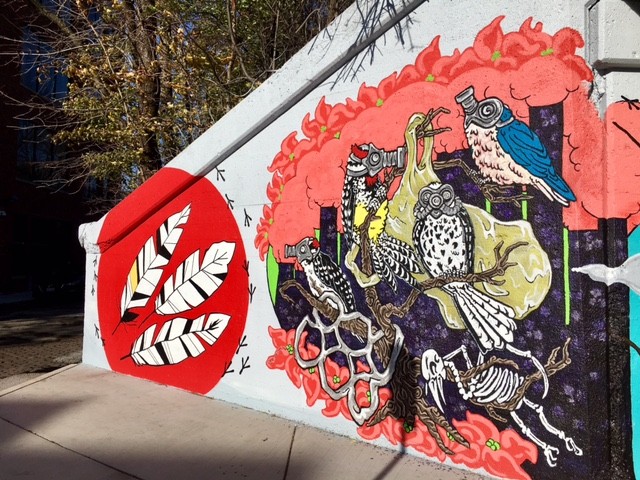 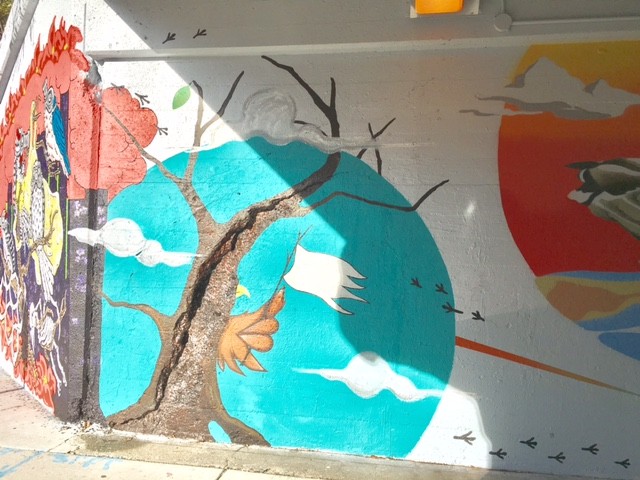 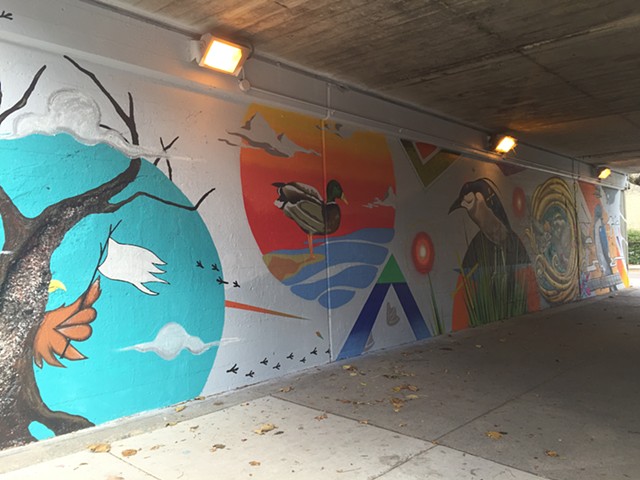 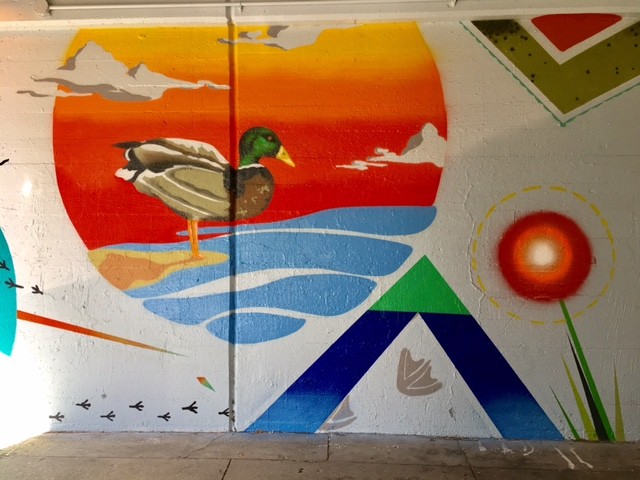 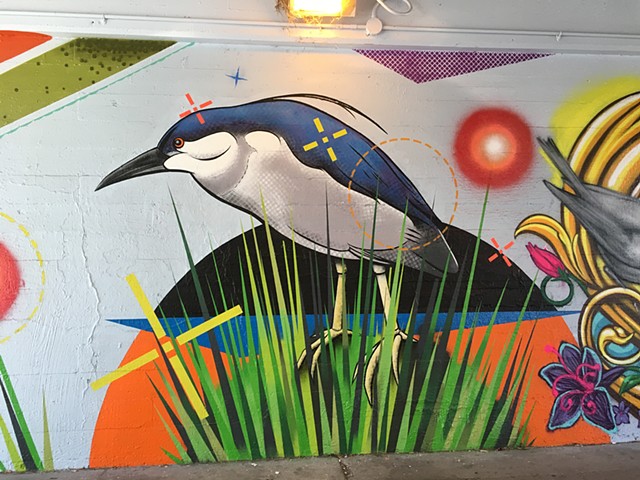 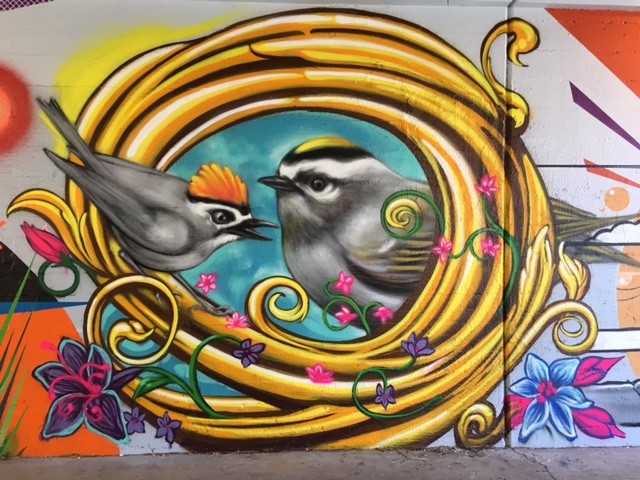 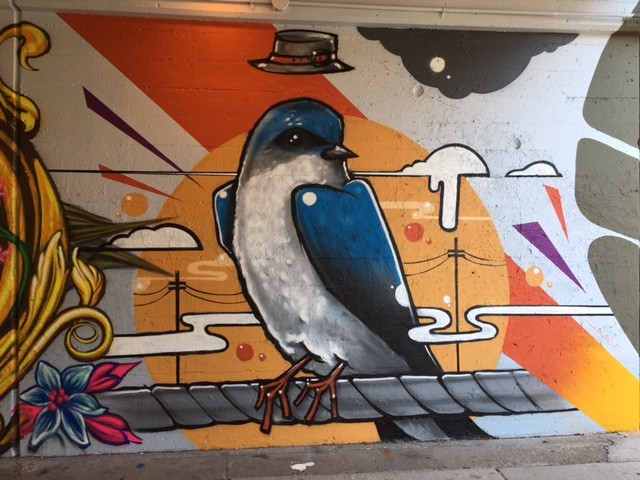 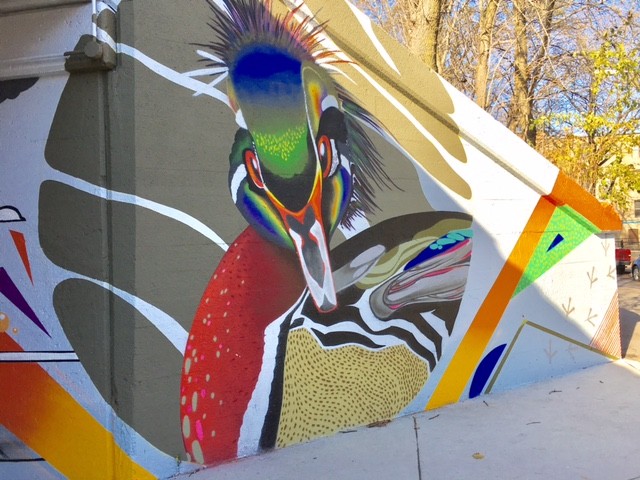 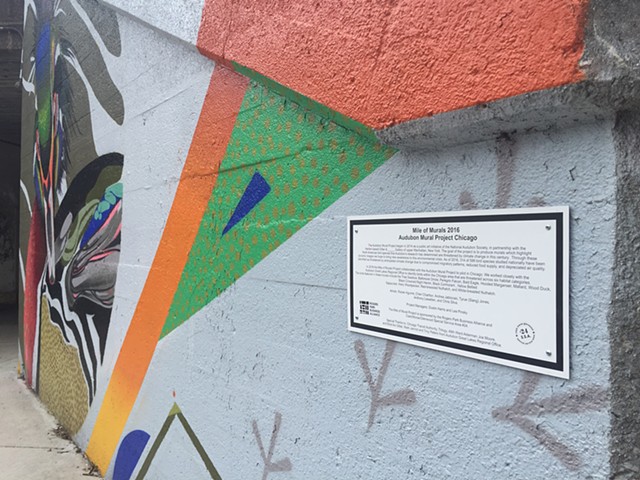 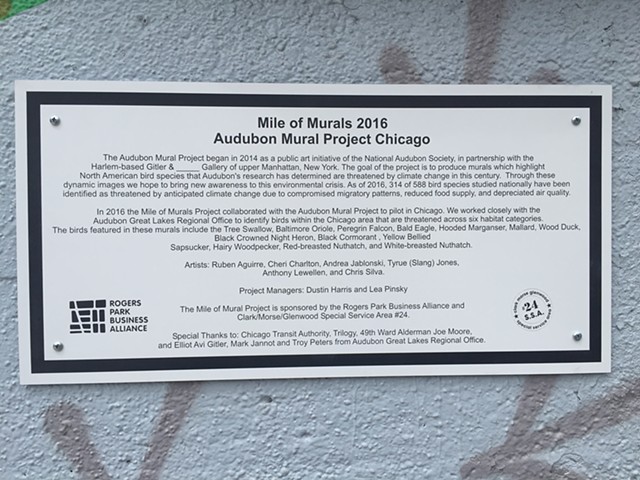 In 2016 the Mile of Murals collaborated with New York's Audubon Mural Project to pilot the Chicago edition. The Audubon Mural Project began in 2014 as a public art initiative of the National Audubon Society, in partnership with the Harlem-based Gitler &_____ Gallery of upper Manhattan, New York. The goal of the project is to paint murals honoring North American bird species that Audubon’s research has determined are threatened by climate change in this century, in order to bring awareness to this environmental crisis. A report published in 2014 found that 314 North American bird species will be severely threatened by future climate change. By 2080, these species are projected to lose at least half of their current climatic ranges as conditions (especially temperature and precipitation) become unsuitable for their continued survival.