In 2010, 14 Chicago muralists were selected to paint the Glenwood wall from Greenleaf to Lunt Avenues, which focuses on the unique contributions that the Heartland Café (7000 N. Glenwood) and No Exit Café (6970 N. Glenwood) have made in the local community and beyond through political organizing, the arts, and a dedication to healthy and conscious living. Each panel represents a different aspect of this theme, as described below moving north to south along the mural wall.

Panel One depicts a typical scene at the No Exit Café during its heyday, with central figures Brian and Sue Kozin, former owners. Artist: Chiara Padgett.

Panel Two continues the No Exit theme with fun portraits of some of the singers who used to play regularly there, including Art Thieme, Howard Berkman, and Yama and the Karma Dusters. Artist: Sean Welker.

Panel Three pays respect to blues musician Jim Brewer of Maxwell Street who also made a name for himself at the No Exit. Artist: Shawn Bullen.

Panel Four is an abstract expression of the music energy that was a big part of the No Exit’s popularity. Artist: Revise CMW

Panel Five depicts two players at the game “Go”, which held major competitions at the No Exit for many years. Artist: Dustin Harris.

Panel Eight depicts the support for working people of Chicago through a homage to former mayor Harold Washington, who frequented the Heartland. Artist: Diana Berek.

Panel Nine continues stories of the people within Rogers Park through the lens of the “Live at the Heartland” radio show on community radio WLUW. Artist: Juan-Carlos Perez.

Panel Ten brings to life the energy of the architecture and surrounding decorative elements of the Café. Artist: Matthew Milkowski.

Panel Thirteen pays tribute to Heartland owners Michael James and Katy Hogan in the spirit of “open minds, open doors” that they brought to their business from the start. Artist: Lea Pinsky. 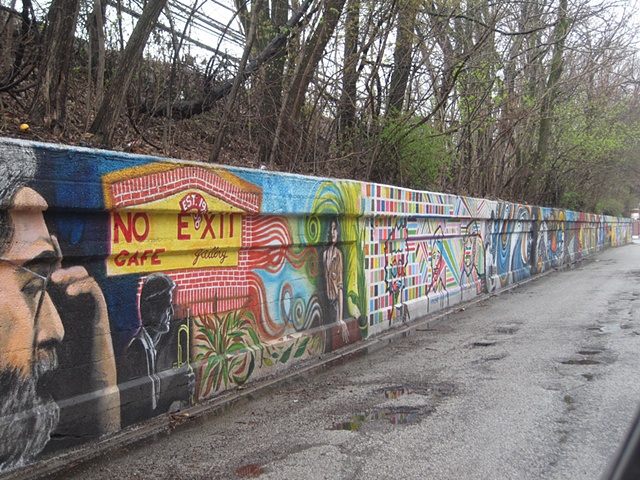 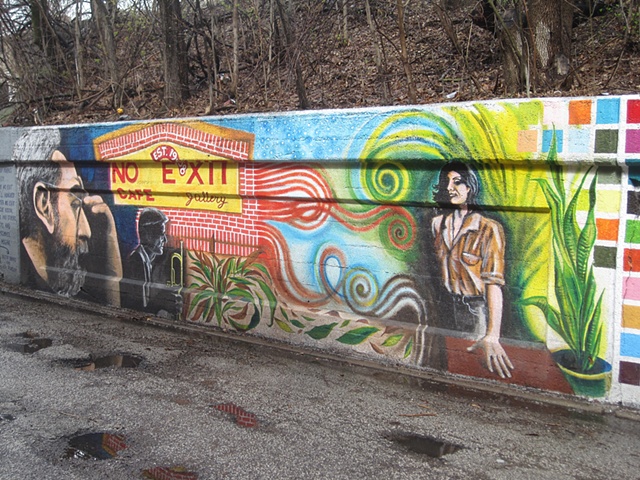 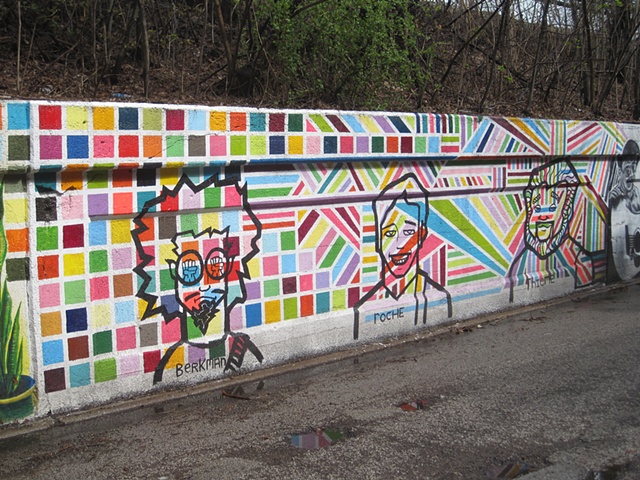 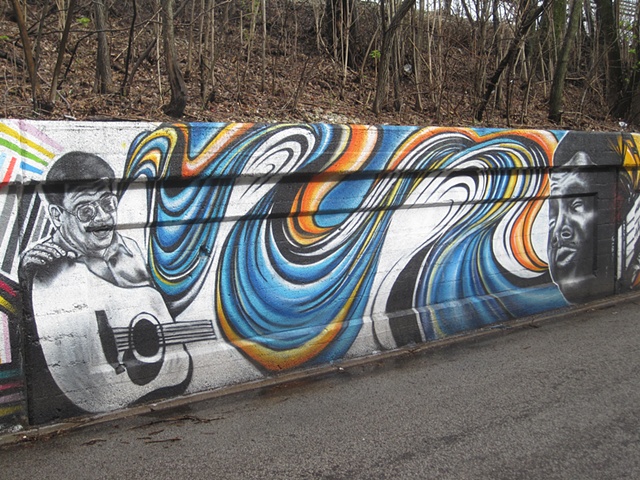 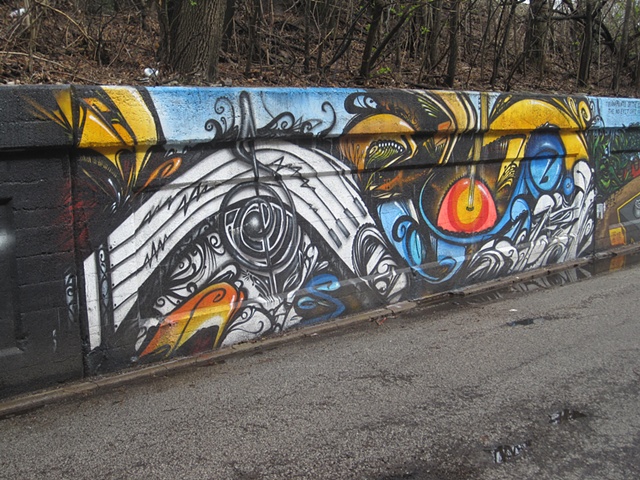 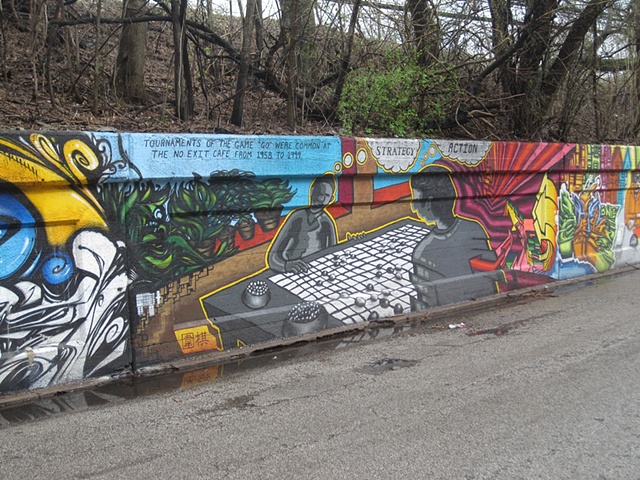 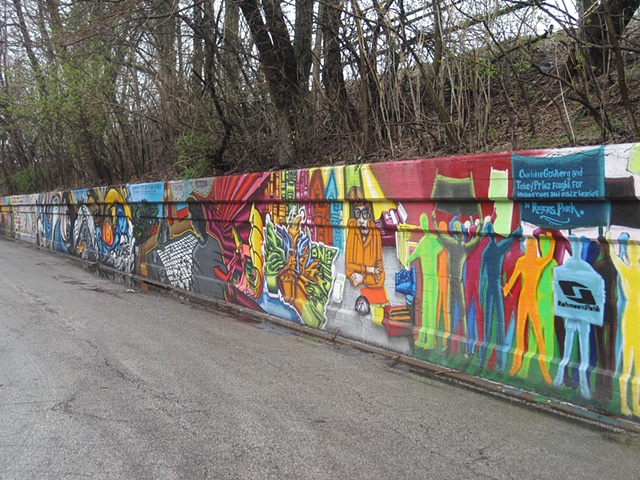 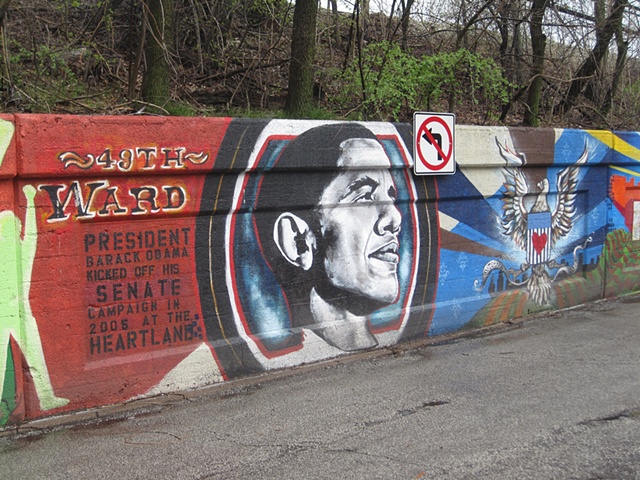 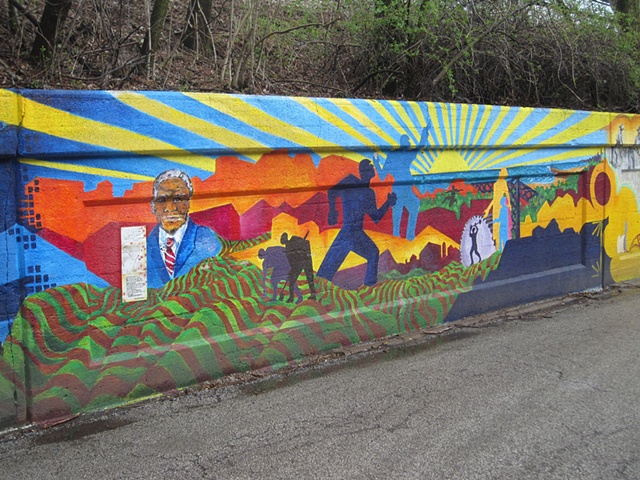 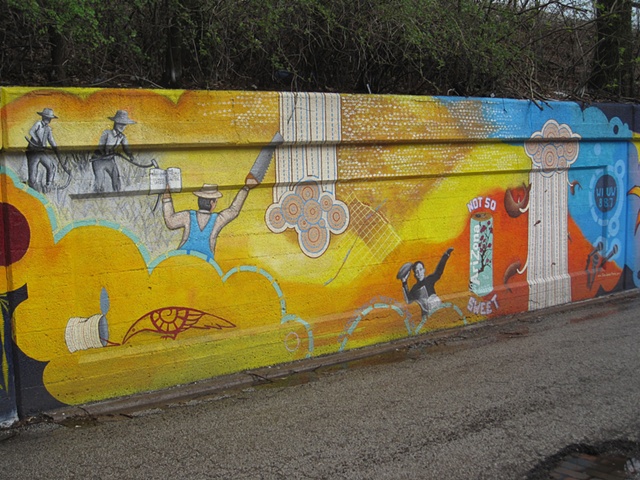 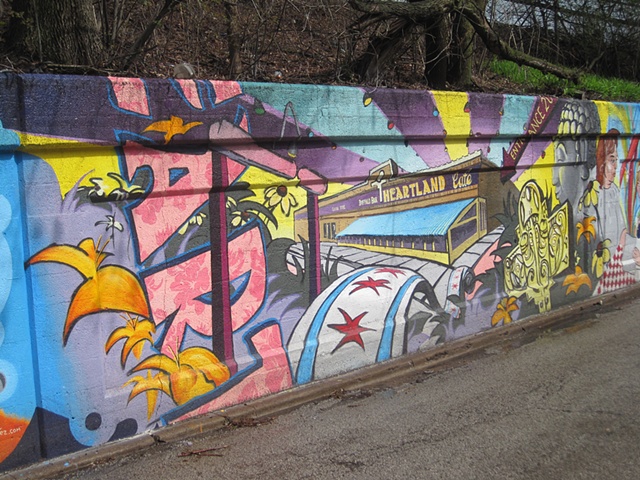 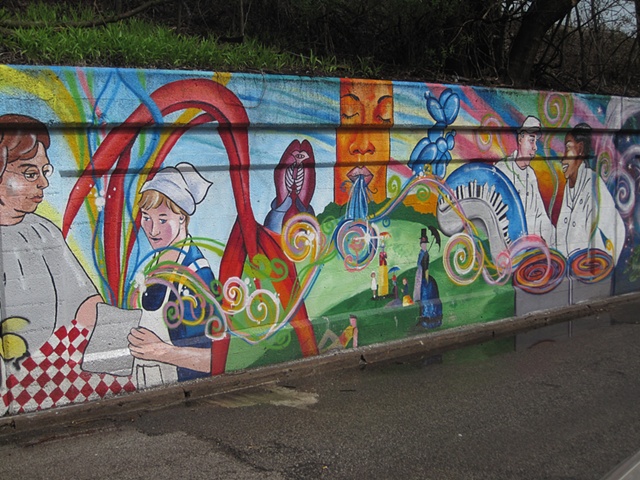 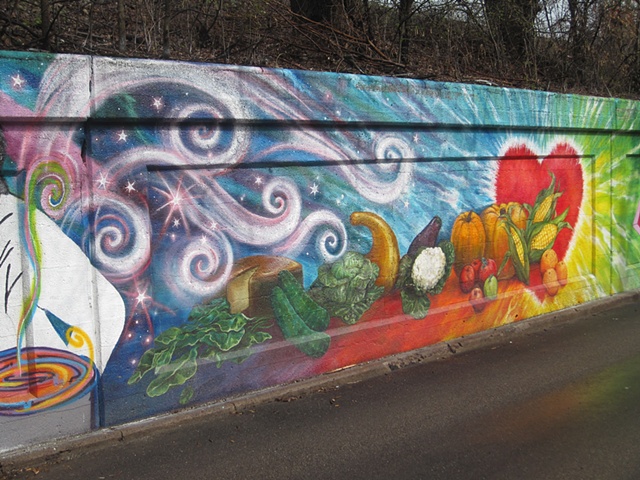 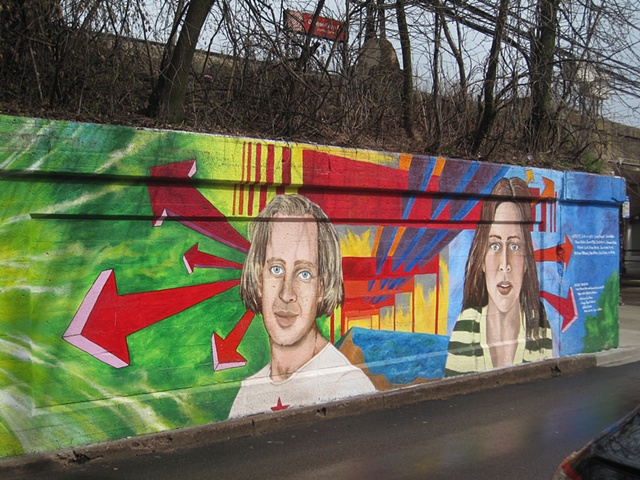