“Connect Origins to Destinations: A Brief History of Rogers Park” was designed and painted by Dustin Harris and Lea Pinsky in collaboration with 80 youth ages 10-13 from the summer program at the Howard Area Community Center. The mural looks at Rogers Park over time-- from when it was inhabited by Native Americans and was rife with birch trees to its current life circa 2009. Carrying the belief that we can all be better citizens by knowing about our past, two phrases with a common message run down the 330 ft long wall, one in paint and the other in mosaic tile: “Connect Origins to Destinations” and “Reveal Roots to Respect.” Interspersed between the words is the history urged to reveal. The artists researched resources at the Rogers Park Historical Society and spoke with community leaders past and present about their personal experiences throughout transition and change in the neighborhood. Some of the images chosen to convey this history and the attitudes towards it are:

Chief Metea, a Pottawattamie negotiator between his tribe and the new settlers in the Chicago the mid-1800’s;

A turnstile with arrows coming from many different directions and converging to pass through together, signifying Rogers Park’s “port of entry” as a first home for many immigrants to Chicago; and

A “family” of grills at the beach, expressing the connectedness that Rogers Park’s close lake access brings to what is now a diverse community, in the spirit of shared meals. 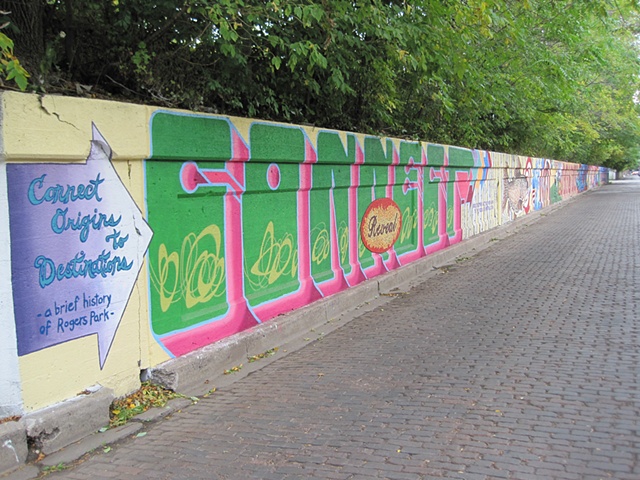 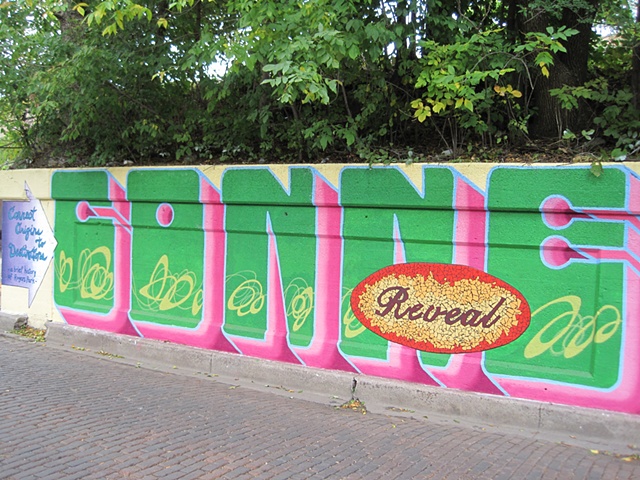 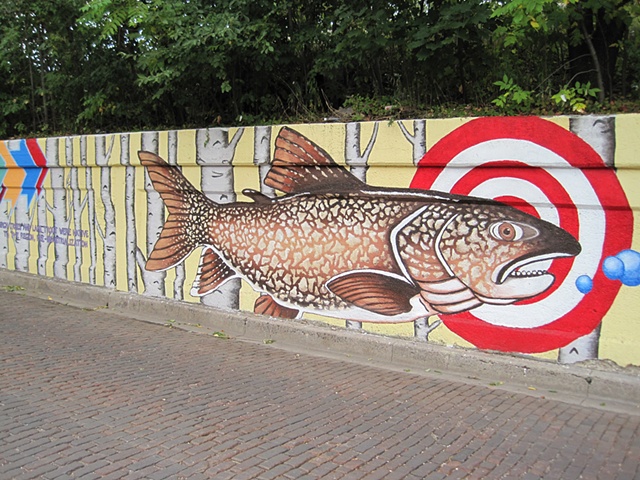 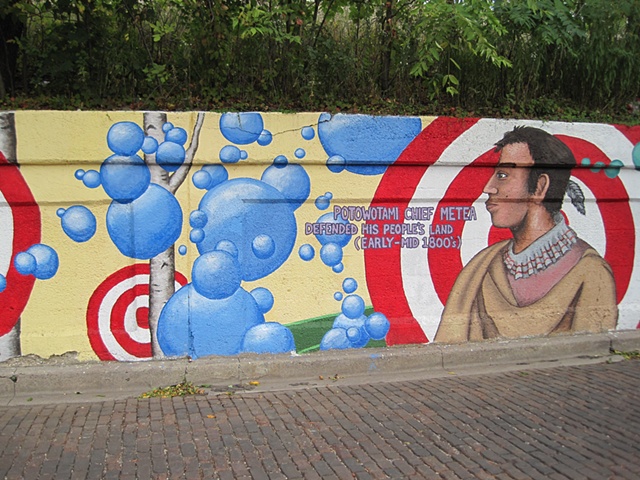 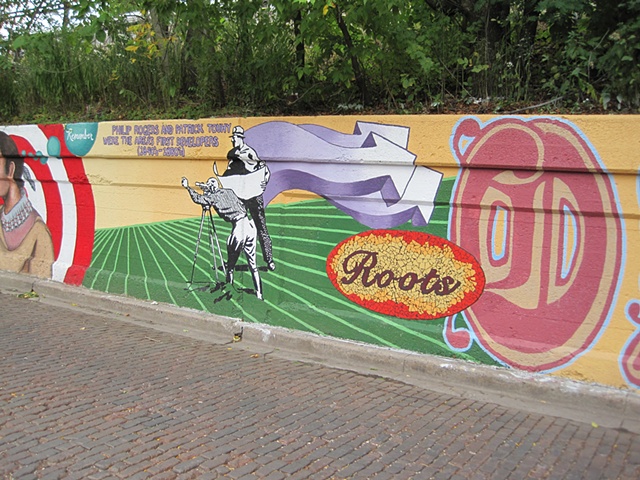 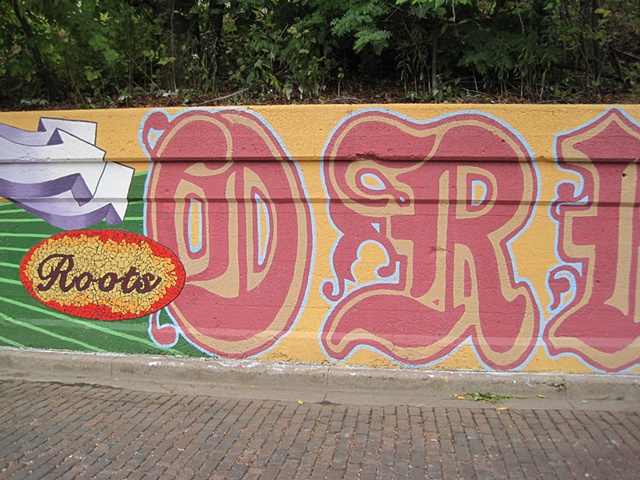 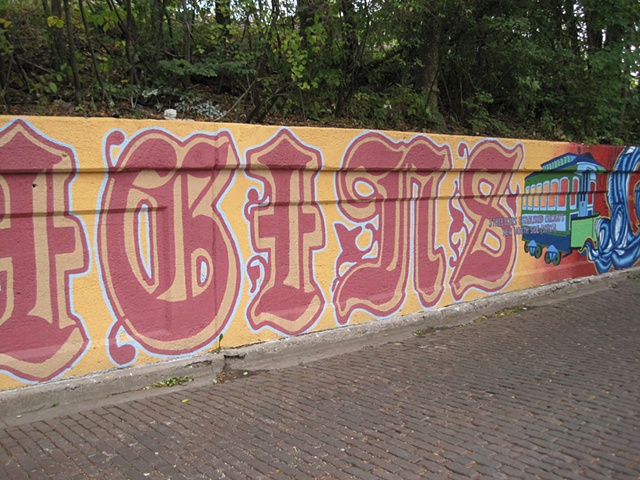 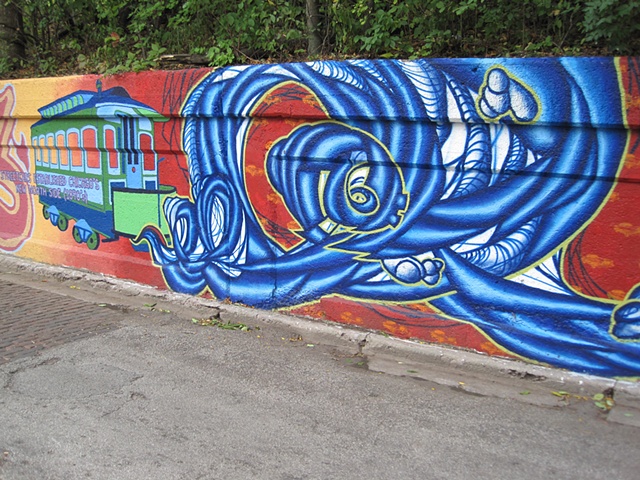 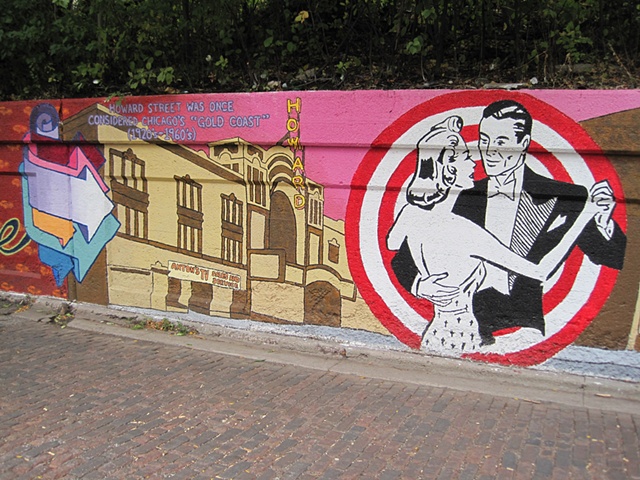 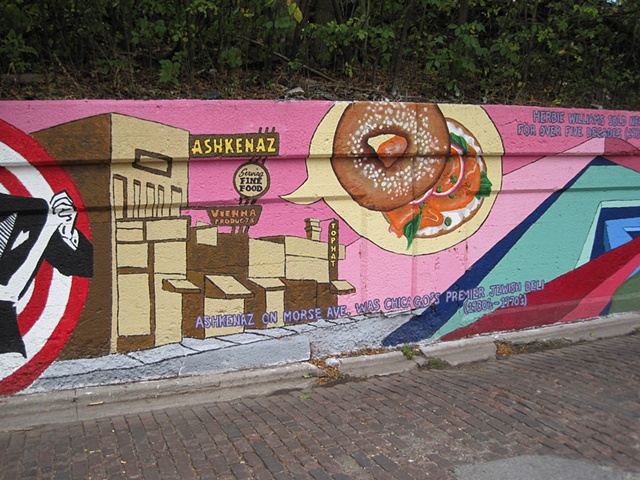 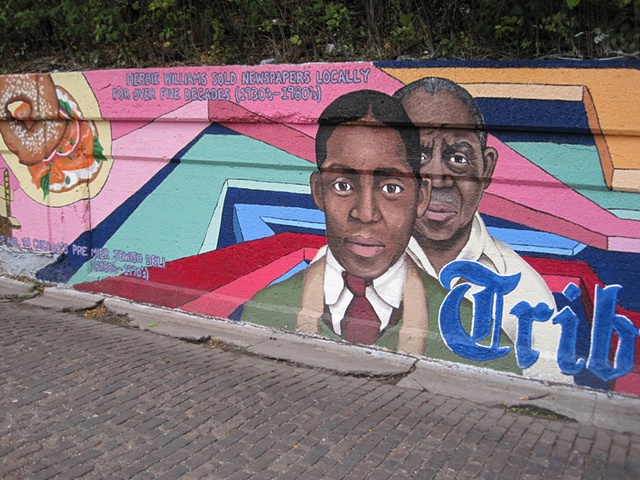 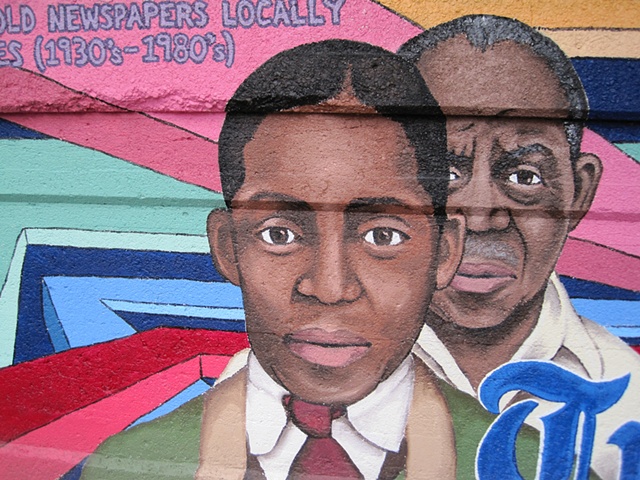 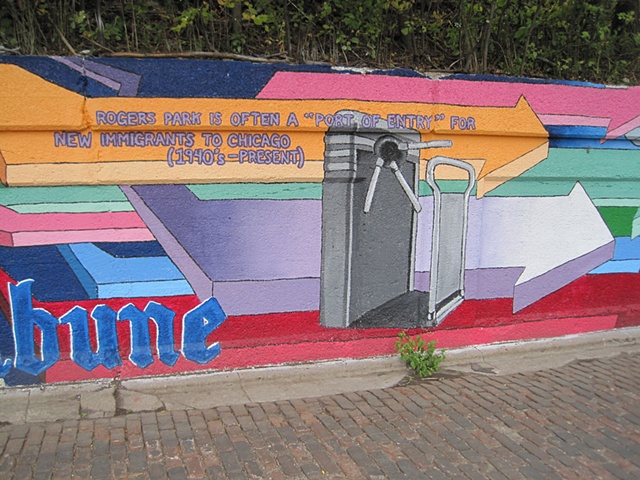 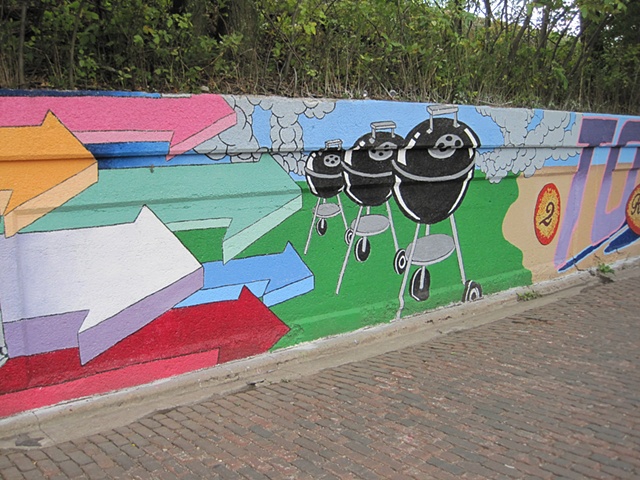 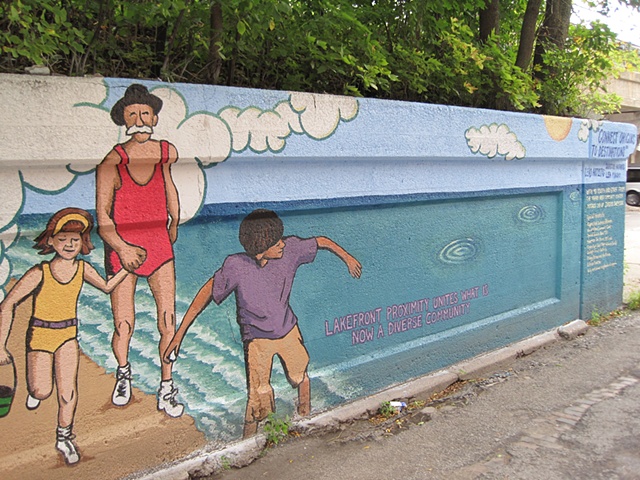